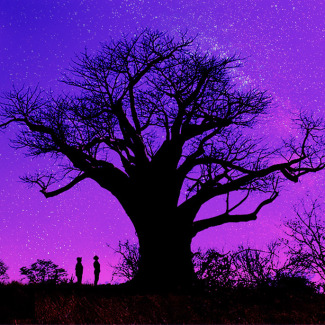 The Concept
“Self-awareness” – having a developed sense of who you are, what you stand for, who you stand with – is long acknowledged as contributing to individual effectiveness.  Self-awareness impacts all aspects of our lives – health, career, relationships, and longevity.

Despite its close association with “high performance” and career success, self-awareness is generally in short supply even though it can be developed in leaders.

Self-Awareness
Daniel Goleman pioneered the idea that “the ability to understand and recognize your moods, emotions, and drives, as well as their effect on others”, was a hallmark of effective leaders.

Self-awareness can directly translate into better professional and personal choices and result in more fulfilling careers.

Goleman suggests that when it comes to an organization’s leadership competency model there is a strong pattern: “When it comes to the top echelon leaders, companies find that 80-90% of the competencies that distinguish star leaders are built on emotional intelligence.”
Self-awareness is at the core of why followers follow leaders.

“Becoming” a purposeful leader should be the foundation of any leader development process or plan because it is the core for leading in a volatile, uncertain, complex, and ambiguous world.  Being able to “hold the center” is a life skill for leaders, today.

Becoming a purposeful leader means fully embodying our “credo” – our point-of-view about what truly motivates others.  Purposeful leaders are human-led – they have a clear awareness of “why” they lead and what drives them to get up and go to work every day.

Purposeful leaders provide a new perspective – a vision of work itself and a motivating reason for people to bring their whole selves to work every day.  People, today, increasingly want their leaders to be clear on what they stand for, what they won’t stand for, and who they stand with.  They want work which gives them meaning, purpose, and dignity, and to become themselves part of something bigger than themselves.

“Why?”
Purposeful leaders are clear on “why” they lead.  Becoming a purposeful leader means embodying a stand – becoming a champion of “why” in the organization.  Why we lead determines how well we lead.

The evidence is rapidly increasing that when leaders engage others in the “why” – they bring more of their full selves to work.  They perform better, and so do their teams, and the organization.

When Facebook founder and CEO, Mark Zuckerberg, released a nearly 5,800-word letter on February 16, 2017, he introduced it with this phrase:

“I know a lot of us are thinking about how we can make the most positive impact on the world right now.”

Then he asked a bigger question: “Are we building the world we all want?”  “We don’t want to wake-up in the morning with the primary goal of making money…  Instead, Facebook was built to accomplish a social mission – to make the world more open and connected.”

He further declares: “We expect everyone at Facebook to focus every day on how to build real value for the world.”

Well, that’s Facebook.  And, that’s Zuckerberg.  But, is it just naive moralizing from a young, idealistic billionaire with over two billion customers?  Or, is he becoming a purposeful leader?

The will to meaning is the most fundamental of human motivations.  Meaning matters to everyone.

The ultimate leadership challenge is, first, to become a purposeful leader, and, second, to help others find and connect to the deeper meaning of their work.

Richard, known to his 1 million readers as “The Purpose Coach”, has written ten books, including three bestsellers – THE POWER OF PURPOSE, REPACKING YOUR BAGS, and LIFE REIMAGINED.  He writes about unlocking the power of purpose at richardleider.com.