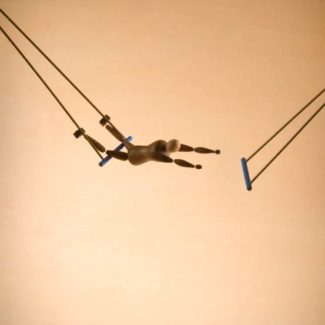 Change happens. Transition is a choice. It’s how we choose to deal with the change. Some people make constant changes, so they won’t have to make transition choices. Let’s take a look at how change spirals from cradle-to-grave.

One way to understand change is to reimagine your life in the form of a spiral, a tornado-shaped figure that starts out at the bottom and winds its way upward through a series of expanding loops toward the top. Imagine this drawing as if it were a close-up of the journey of your life, a series of twists and turns, choices and challenges from birth to death.

When you’re on a flatter part of the spiral, your life is on a plateau. At those moments, things seem like they’re under control. You have good work, good health, enough money, a solid base at home, a network of friends and colleagues with whom to share your life. At times like these, you may actually feel like you do have this whole thing figured out! Or at least you’re satisfied with the way things are.

But then, inevitably, a trigger knocks you off the plateau; you leave the flat area and take a turn into a new zone, limbo.

What Is a Trigger?

Another word for a trigger is a wake-up call—a conscious choice or an external event that disrupts the comfortable status quo of our lives. It’s a moment when the game changes, and we have to adapt to the new game.

Triggers can be positive but most often are negative. Of course, the pandemic, economic recession, and racial unrest are all triggers. In addition, there are the personal triggers:

These are the moments when we feel like our lives are out of control. These are the moments when we say, or hear someone else say, “This isn’t what I was expecting.” At times like these we wonder, “What’s next?”—and the question feels like an un- welcome test, more a threat than a promise. Uncertainty and powerlessness dominate the situation. It feels like our lives are happening to us.

The truth is, we are changing all the time. Our values and priorities shift; we experience both bursts of confidence and spells of doubt; our relationships form, evolve, break apart, re- form; our work both loses energy and takes on new vitality. All of this forms an ongoing, complex life spiral.

What happens is that triggers—positive or negative, subtle or unmistakable—kick our lives into limbo, a period of uncertainty, of wondering what comes next, and of anxiously anticipating how soon whatever does come next will actually arrive.

Being in limbo is all about learning to cope with the “in-between times.” As a result of a trigger, we’ve ended one period of stability or even one phase of life and looking forward we don’t yet see another one beginning. We’re forced to live in the question “What’s next?” The door behind us has closed, and we haven’t seen the new doors that lie ahead. Or sometimes, although we see the new doors, we’re not yet ready to make the choice to open them.

Being in limbo can be scary in the way uncertainty often is. It feels like being between two trapeze bars – hanging on to one while seeing or reaching for the other with no safety net.

And it can be even more debilitating. Limbo can become a form of resignation, a kind of prison sentence to accept the way things are as the way things have to be.

In his pioneering book, The Way of Transition, William Bridges writes: “The temptation to look for ways to protect the life we already have is especially strong in the middle years, when so much seems to depend on the position and the identity that we have established by the activities we’ve engaged in and the roles we fill.”

Dying Without Knowing It

The worst-case scenario for those who succumb to limbo is “inner kill”—the condition of dying without knowing it. People with inner kill often feel that they either don’t have enough or aren’t good enough. They get stuck living in comparison with others or with some idealized, unattainable version of themselves.

You have inner kill when you’ve stopped maturing, growing, or ripening, and, when you’ve given up on yourself, or when you find yourself always taking the easy, safe way.

Like most conditions, inner kill has a set of recognizable symptoms that let you diagnose it in yourself or someone you know: a tendency to avoid decisions; a tendency to daydream about early retirement; constant talk about intentions—with- out actually doing anything; not sleeping at night; sleepwalking during the day; having irritability as the emotional default set- ting; constantly repeating the same conversation topics week after week; making increasingly frequent visits to the liquor store, looking for a stronger alcohol prescription.

Ultimately, inner kill is the death of self-respect.

On the other hand, for those who use limbo as a moment to embrace transition, this in-between time can be an exciting opportunity. Limbo invites a deeper, game-changing conversation with yourself. You may not embrace limbo—but you can accept it, work with it, get fully engaged with the challenge that limbo presents.

Limbo is an energy crisis: if you run from it or passively surrender to it, you’ll find your energy sapped. When you decide that limbo is an opportunity for self-exploration, you discover new energy and new possibilities.

Bridges suggests that “life runs a perfect curriculum, and the tuition is modest.” If you miss the offerings this year, you can catch them next year. Again and again, it offers a correspondence course in letting go: Introductory Letting Go, intermediate Letting Go, and advanced Letting Go. “Life does so not because what we are identifying is bad, but because we are ready for something else, something further, something in some way deeper.”

The question isn’t whether we’ll be hit by triggers or get kicked into limbo. We will—all of us, at every phase of life, in all kinds of ways.

The question is how we’ll react when triggers come, and we find ourselves in limbo. Do we retreat? Or step into the uncertainty? Respond out of fear? Or move forward with courage?

Richard Leider, founder of Inventure – The Purpose Company, is the author of ten books, including three best sellers, which have sold over one million copies. Repacking Your Bags and The Power of Purpose are considered classics in the personal growth field.  Richard’s PBS Special – The Power of Purpose – was viewed by millions of people across the U.S.  His newest book, Who Do You Want to Be When You Grow Old?: The Path of Purposeful Aging will be available in 2021.